Sora’s anime look is dated, but the reveal trailer for KH4 allows the series to leap forward.

Protagonist Sora and his goofy (not to be confused with Goofy Goof) Keyblade are, cute. At least they were in the 2000s.

Now that we’re fully into the ’20s, I think we can all agree it is well past due time for Sora’s look to be updated beyond his previous simplistic color pallets and cartoonish anatomy.

That’s not to say Sora shouldn’t feel like an anime character anymore. He is of the genre, but the genre, namely the Final Fantasy series, has changed a lot since 2002.

‘Kingdom Hearts 3’ was ugly as all hell

Kingdom Hearts 3 was a cursed project. I look back on it wondering, “Was the development Hell of KH3 even worth it?” The game wasn’t bad, but it wasn’t anywhere near as extraordinary as its previous two numbered titles.

A common estimate of how long KH3 took to develop averages at around the six years between the game’s announcement in 2013 to its release in 2019. Some think it may have taken even longer, as Kingdom Hearts 2 was released in 2005.

I think I can pinpoint one of my major issues with KH3 that has been fixed in KH4: The game was developed in Unreal Engine 4. KH3‘s development Hell was somewhat based off the switch from Square Enix’s in-house Luminous proprietary game development engine to Unreal Engine 4, but the payoff wasn’t there.

KH4 ditches the plastic look of the Unreal Engine 4 Kingdom Hearts games. If you have yet to see for yourself, I’d recommend taking a look at the hideous character models in Aqua’s Unreal Engine 4 tech demo, Kingdom Hearts 0.2: Birth By Sleep – A Fragmentary Passage. There is nothing that can justify the oversaturated and washed-out look of Aqua’s model.

If I had to compare Aqua’s model in 2.8, I’d reference you to Barbie’s early 2000s CGI adventures.

Series director and creator Tetsuya Nomura has stated the Sora model we see in the KH4 announcement trailer is exclusive to the Quadratum world. Quadratum is based off of the Shibuya district in Tokyo, and is home to the KH3 mysterious anime boy secret boss Yozora.

I don’t care if Sora only looks like a current Final Fantasy series character in Quadratum, as long as the creative team is ready to take the leap with Sora. He’s a popular character, and honestly, he is fairly unrecognizable in Quadratum out of context, and I’m excited.

The KH4 trailer also showcases the classic models of Donald and Goofy, giving us a taste of the art direction for the rest of the game. Alas, how can you make a cartoon Disney character look more realistic without treading into the realm of Detective Pikachu?

Sora’s hair has deflated some in Quadratum, and his outfit no longer sports such segmented 2000s anime style. This new art direction is akin to games like Lighting’s 2009 Final Fantasy 13 and Noctis’ 2016 Final Fantasy 15.

Is it possible for Sora to look similar to his previous dated anime art style outside of Quadratum? Sure, but things are looking up. I’ll keep my expectations low, because I asked the same question about KH3 when those plasticy models were first revealed.

‘KH4’ release date may come a lot sooner than ‘KH3’ did

The 2022 announcement of KH4 somewhat follows in lieu of the timeline between the first and second numbered games in the series. Kingdom Hearts 1 released in 2002. KH2 was announced in 2003, and released two years later. Throughout its entire promotional period, KH2 looked polished and out of early beta. Kingdom Hearts 4 also indeed looks just as finalized.

Unreal Engine 5 works out the kinks of its previous generation, and the environment details in the announcement trailer showcase just what the fourth numbered title has in store. No plastic. The realistic fabric, particles, and environment make this series superfan quite happy.

Before I come to a definitive opinion, I’m going to wait to see what Sora’s base model looks like outside of Quadratum. Who knows, Quadratum could be the hub world of Kingdom Hearts 4, defining this look as his standard. 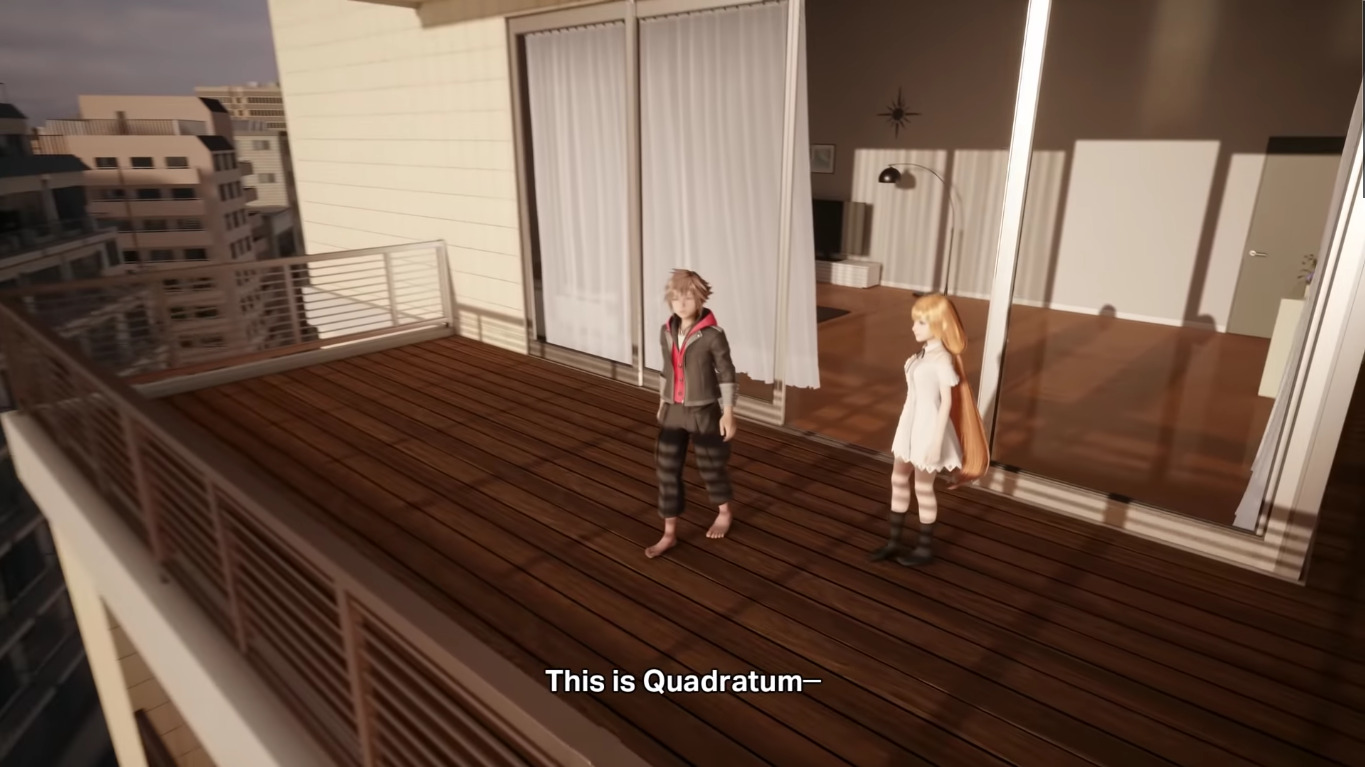 We did get a peek at what Sora’s 3 model would have been in the KH2 era via Kairi’s Melody of Memory rhythm-based game. While low poly, it showed us the development team was able and willing to create a more aesthetically pleasing model for Sora’s KH3 design.

Related: Sora from Kingdom Hearts is in Smash Bros. and I’ll always be in shock

As MoM is the latest console game in the series, one can assume Square Enix heard fans’ complaints about Unreal Engine 4, and is ready to bring KH4‘s art direction back on track.

Overall, Sora’s new model looks really beautiful. He adopts the smaller, less classically anime-styled eyes of FF15, but there is still a certain Kingdom Hearts vibe to his design. Most importantly: no plastic. Color me optimistic, but KH4 could indeed right the wrongs of KH3‘s art direction.