As a diehard Nancy Drew fan, I am really excited to have another show set in the same universe. While Nancy is about all things supernatural, the Tom Swift premiere has science locked down tight, even if his inventions are a bit more science fiction than reality… at least for now.

If you didn’t watch the Tom Swift episode of Nancy Drew, you should get on it. If you aren’t a regular Nancy Drew watcher, it might be a little confusing, but watching Tom’s interactions with the Drew Crew is a wonderful introduction to this character outside of his world. You will get a poignant glimpse at the man at the heart of this new series, and it gives a great first look at what Tom Swift is all about. Thanks to that brief introduction, jumping right into the action in the Tom Swift pilot just felt right. Let’s talk about how we kick things off for the first season of Tom Swift. 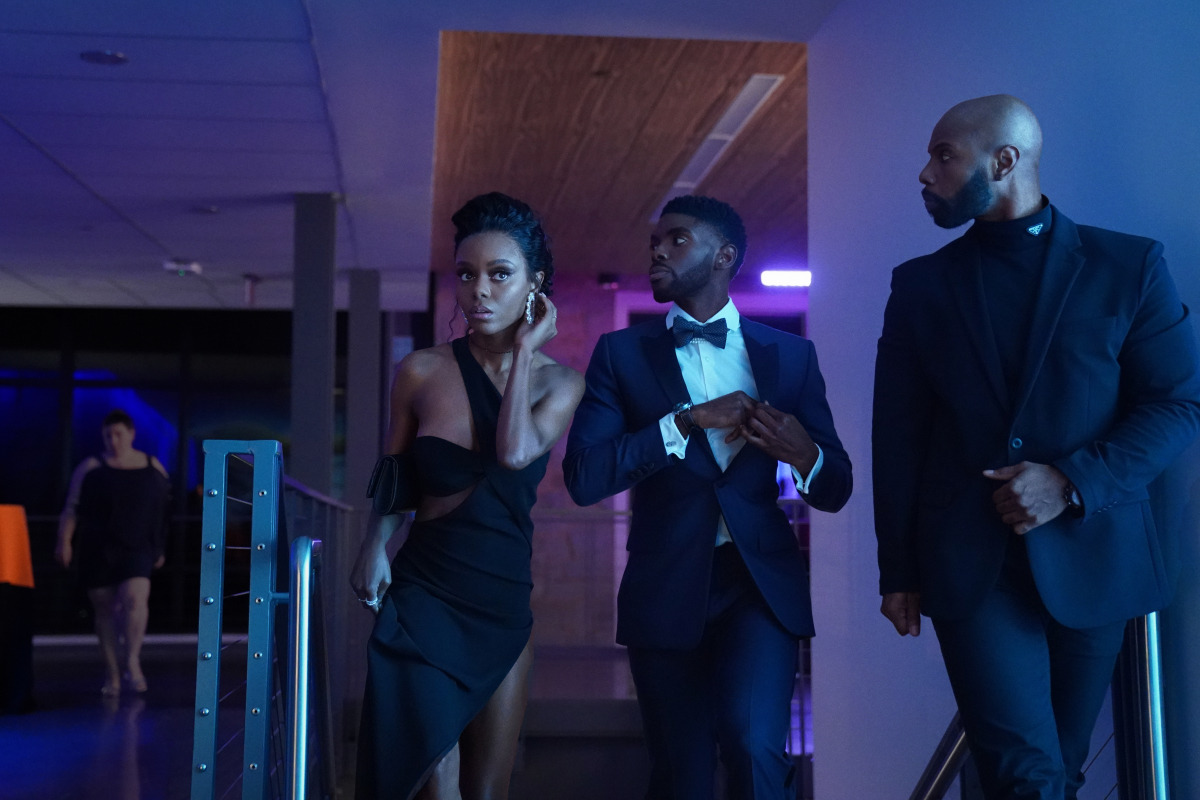 The Tom Swift premiere begins with his father departing on a year-long trip to Saturn and back. Tom and his father have a fight before the launch, and it doesn’t feel like the first fight they’ve had, if you catch my drift. If you recall what we learned about Tom’s father in Nancy Drew, the pair have never quite found a way to live together harmoniously. When the worst happens and his father’s ship explodes during a live broadcast from Saturn, Tom’s life is shaken in ways he isn’t quite prepared to take on just yet.

We really only got to meet Tom himself in the character’s Nancy Drew debut, so getting to know the rest of the family and the people around him was my favorite part of the pilot.

Let’s start with his closest friend, Zenzi Fullington. I loved Ashleigh Murray during her prime Riverdale days, and even in the few Katy Keene episodes I caught. She is absolutely fantastic opposite Tian Richards in the Tom Swift premiere, and I can’t wait to see how their friendship continues to evolve as the series goes on. It definitely feels like theirs is the defining relationship of the series, even as they both will undoubtedly have romantic interests and partners as time goes on. 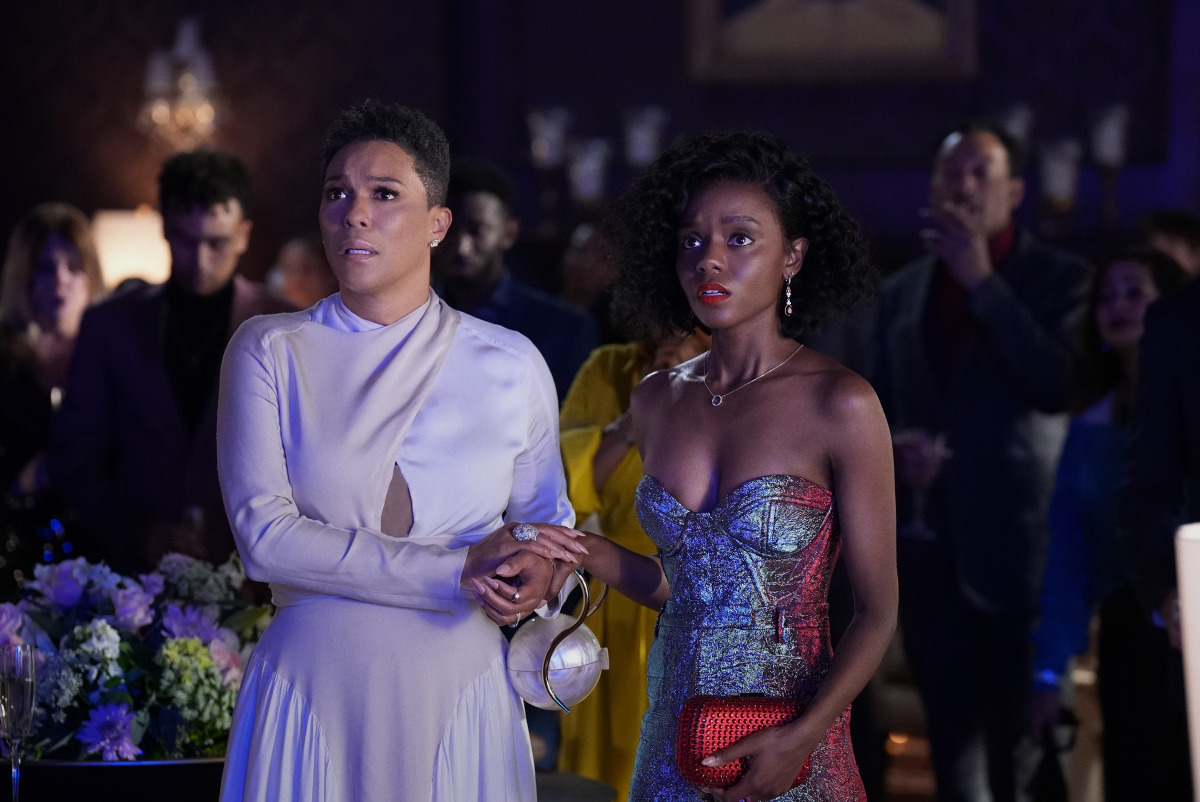 Then we have his mother. Played by television-pro April Parker Jones, she is equal parts supportive and critical of Tom. Honestly, it’s what he needs. From what we know about his relationship with his father, I’m supremely glad he has an affirming mother who accepts everything about him, even when she’s pushing him to be a better human. She is happy to let him live his truth and be who he is, especially since she introduces him to hot lawyer men (and includes thoughts of hyphenated last names in the introduction), but will not abide his slacking and unreliability, either.

We got a little action of the spicier variety in the Tom Swift premiere, too. Even with a character death so early in the season, Tom found room to get a little sexy time in with that man his mother introduced him to. A very sexy lawyer named Justin Chase (played by Hayward Leach) is exactly the distraction Tom needs from his grieving. Whether this is exactly healthy is not for me to say, but if it helps our dear Tom to survive his grief, who are we to judge?

Another important character of note is Tom’s bodyguard, Isaac Vega. Played by Marquise Vilson, Isaac is a trans man, but, more importantly, one of Tom’s most trustworthy friends. Even in the short duration of the pilot, we hear Tom talk about how essential Isaac is to his personal and professional journey, paying the man a significant compliment and signaling how vital Isaac’s role is and will continue to be. 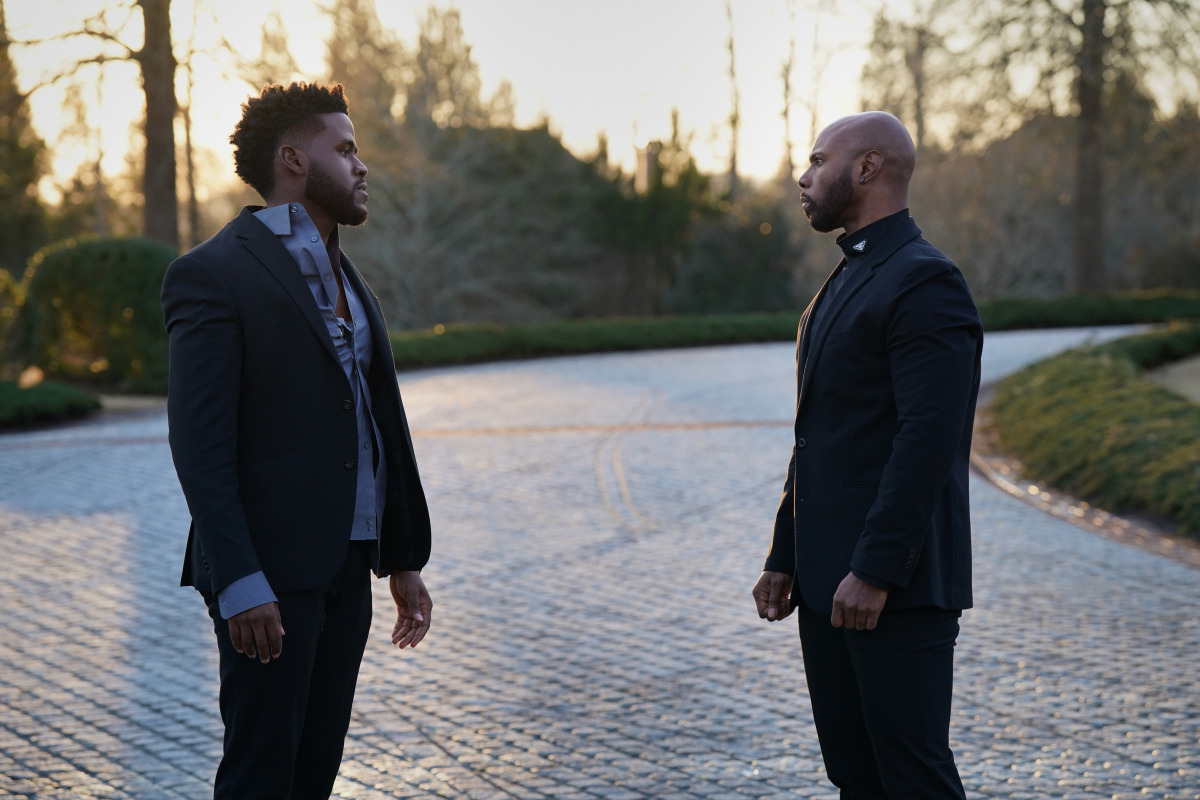 The congressman’s body man, Rowan, played by Albert Mwangi, is a mysterious player, and pretty much destined to pop up again. What, with him coming to the rescue in Tom’s hour of need, and how impressed Tom was with his opinions on painted nails, I would be absolutely shocked if Rowan isn’t invited to Tom’s inner circle sooner rather than later. Since Albert Mwangi is considered part of the main cast, I don’t think we’ll be saying goodbye to him any time soon. We better not. I’m gonna need to see these two men get their flirt on. I’m a sucker for the slow build. And those last few moments of the Tom Swift premiere have them set up on very interesting, intersecting paths. Oh, and the congressman is nothing but trouble, but that’s not a surprise, really.

There’s also some pretty significant work done to solve a looming Nancy Drew mystery in this pilot, and it had this ND superfan squeeing with joy.

It’s around the three-quarters point of the Tom Swift premiere that we learn something VITALLY important to Nancy Drew fans, and it definitely means we could see some overlap between the two shows again and again. Let’s just say it involves The Road Back and leave it at that…for now. We’ll definitely have to dive deep into what it means to learn more about this technologically adverse organization ready to kill anyone to achieve their aims.

So, basically, this wonderful show is a great way to expand the Nancy Drew universe, focusing on a very different main character living a very different life from our favorites in Horseshoe Bay, Maine. The technological advancements are fun, the interpersonal relationships are fascinating, and the main character, Tom, is a brilliant and flawed individual whom I can’t wait to see develop more and more into the incredible leading man he already is.

While I have zero knowledge of the book series that inspired this show, I hope that, like Nancy Drew, it takes the characters and ideas from the series and reinvents them for new audiences. They’ve already made the character and series feel more current by envisioning Tom as a gay Black man. It simultaneously changes so much about what this character can be and also changes nothing. Tom is still every bit the technological genius the books appear to paint him as (from my limited research into what this book series is about), the story is just coming at audiences from a different perspective than was probably considered when it was written. Bottom line: I am so excited to see where Tom Swift‘s journey takes him in season 1.