We’ll just keep moving right along with this premiere season in Tom Swift episode 2, learning more and more about the world Tom has grown up in.

It’s amazing to me how different Tom Swift, as a whole, is feeling from its predecessor, Nancy Drew. Its a little flashier, probably due to the science fiction aspect, but no less fun. I do hope the show finds its footing and grounds itself a bit more as the season goes on. Let’s get into Tom Swift episode 2 and see what our favorite genius inventor is up to this week. And if you haven’t checked out my review of the series pilot last week, you can find that here.

So, in order to get his hands on the first piece of the beacon his father sent him, Tom is forced to play nice with the Darby family. The Darbys and the Swifts can most accurately be described as frenemies. While the Swifts are all technology and innovation, the Darbys fortune is tied up in mineral mining and natural resources.

Turns out, the first piece has fallen into a mine that Tom is well acquainted with, having some pretty traumatic childhood memories wrapped up down there. It makes for some awkward and tense moments between him and the members of the Darby family in this episode, but we’ll leave that for the episode to lay out. 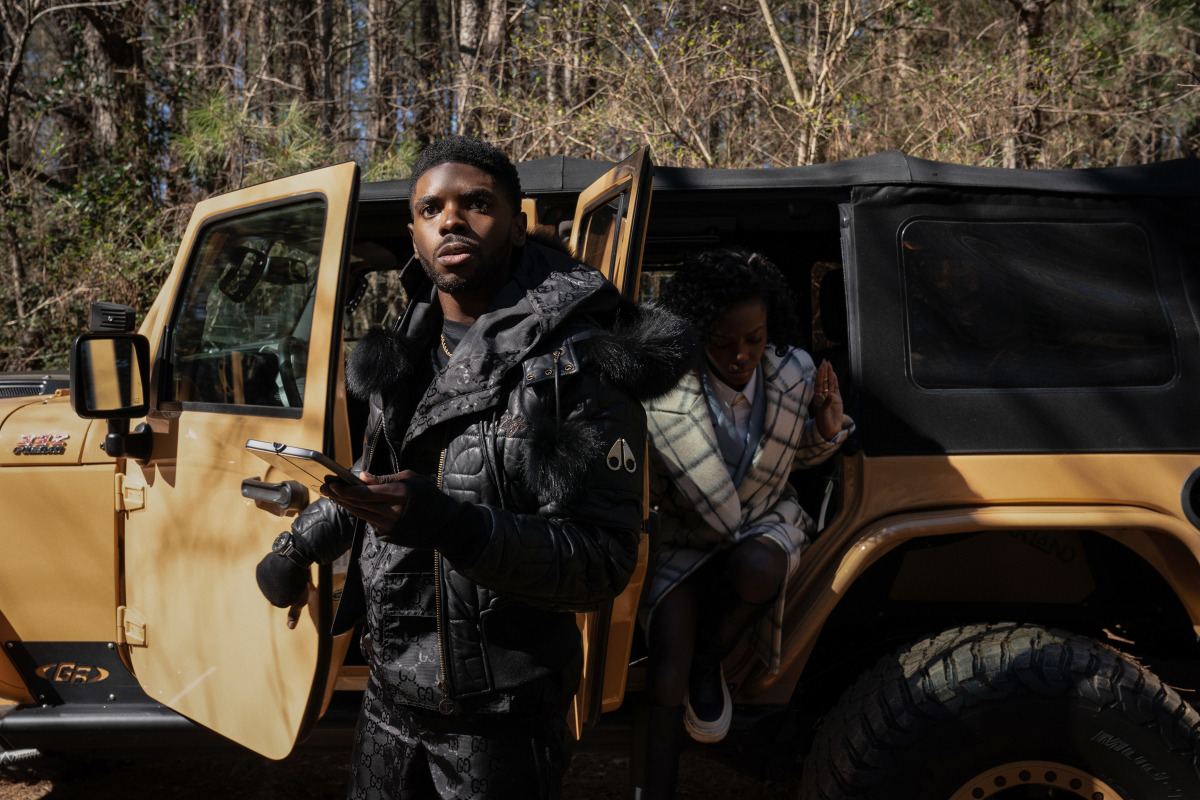 I think the most interesting parts of this episode were seeing how Zenzi and Tom’s friendship has been affected by their relationships and reputations in the world. While Tom and the Swifts have seemingly always been on top of the food chain, Zenzi’s family appears to have lost a bit of their good standing after her father lost much (read: all) of the family’s fortune. While Tom has never worried about people judging him for his family’s economic status, Zenzi has definitely had to worry more about appearances and her parents’ reputations than Tom will ever know. This has led Zenzi to try to link herself to families like the Darbys for appearances, while Tom finds their ‘keeping up with the Joneses’ attitude unappealing.

And that has had a significant impact on how these friends have related to each other in their later years. They both have criticisms of each other’s secret-keeping. Hopefully the events of Tom Swift season 1, episode 2 will put their friendship on a path to deeper love, understanding, and openness than they have ever experienced before.

And yet, by the end of Tom Swift episode 2, Tom finds it in himself to leave the door open for Chris Darby to be an ally in the future. While Tom is not the CEO of Swift Enterprises (yet), he does have enormous pull, being the primary driving force behind the innovation and inventive genius going on over there. I love that he found it in himself to keep the door open with someone he previously found lacking. It shows Tom’s growth already, and we’re only in episode 2. 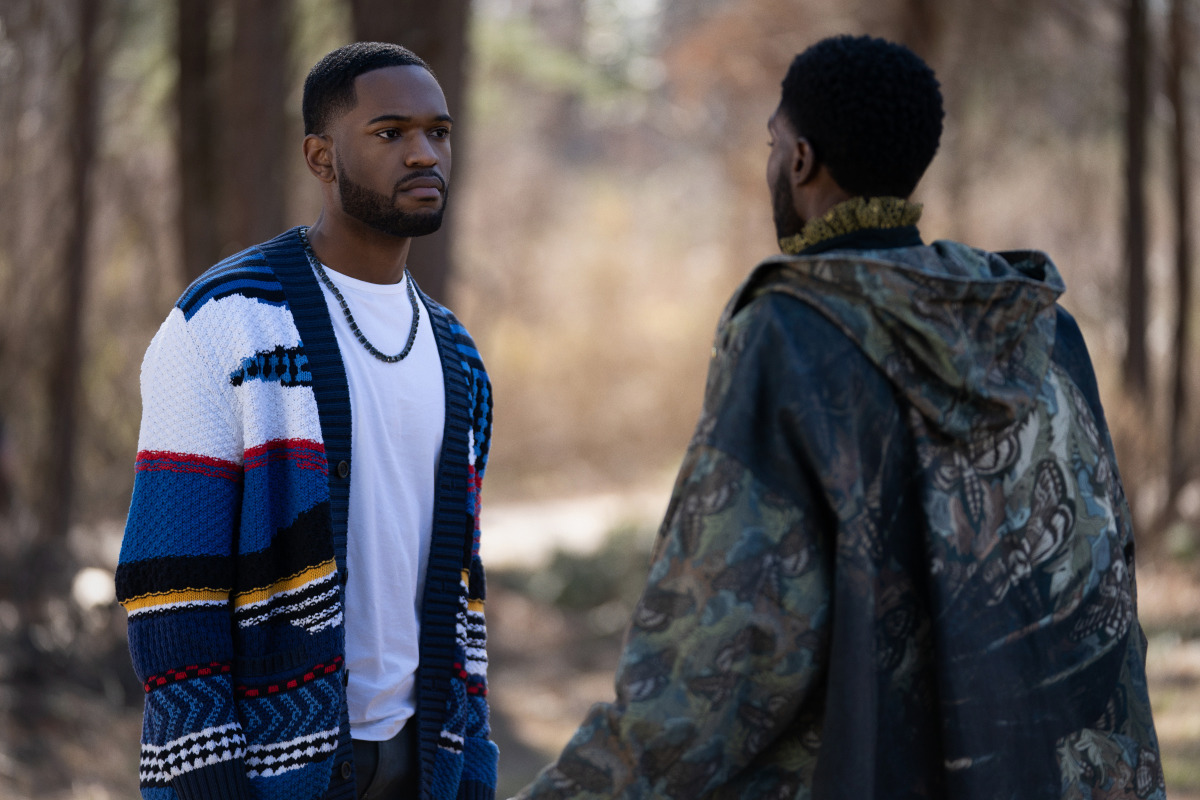 There are a few other events going on, of course. Zenzi calls out Isaac for his crush on Tom. I loved Isaac’s non-response, but I’m sure that is going to come to a head at some point this season. Tom doesn’t appear to be romantically interested in his security confidant, but that could definitely change. We’ll be keeping an eye on that.

We also saw Claire Cormier, the interim CEO of Swift Enterprises, pull a product out of the archives for possible re-distribution, only to realize it has some life-changing properties. During a (rather sexy if I do say so myself) scene between Claire and Lorraine, the Swift family matriarch, Claire helps apply this product to Lorraine’s lips, which sends her into a trance-like state, making her vulnerable to probing questions, revealing truths best kept hidden, especially from Claire. I’m not sure where this part of the storyline is going, but I wasn’t sure what to think about Claire in the pilot, so this is giving new insight into her character. If she uses this product for personal gain, I will put her in the “firmly-not-on-Tom’s-side” camp and wait for her to be taken down. 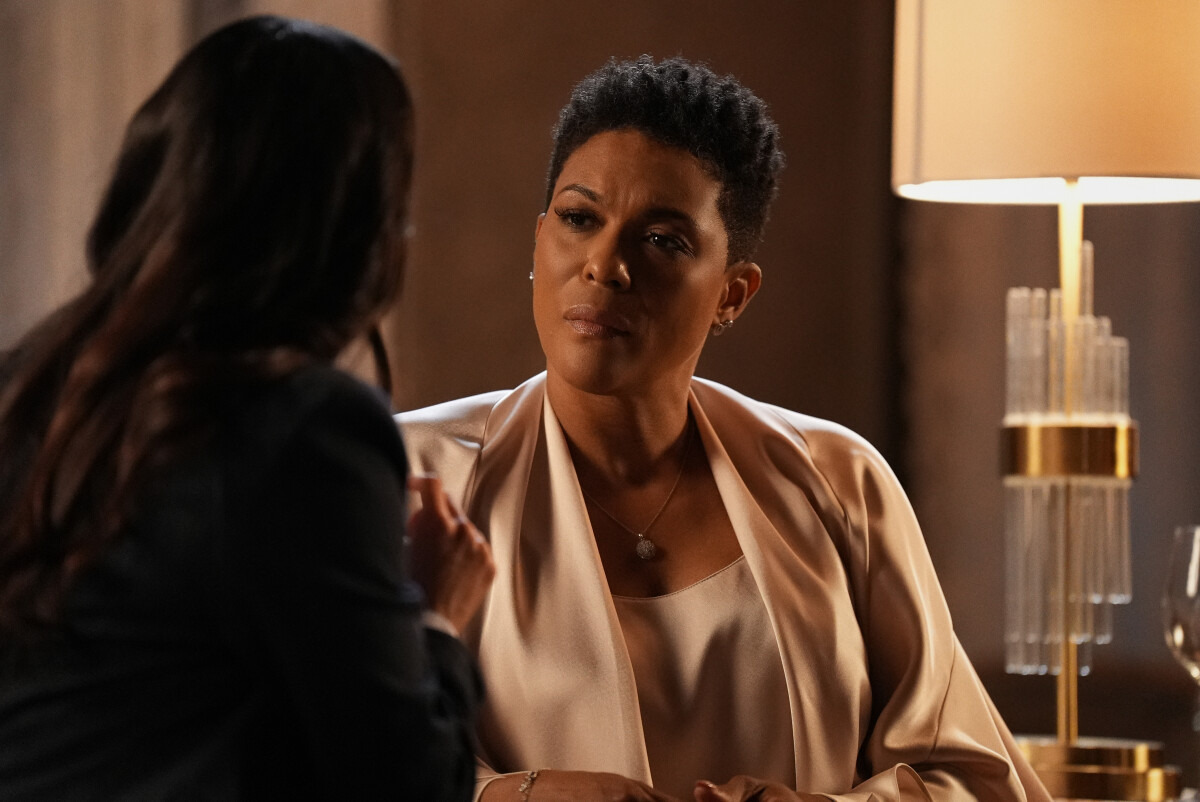 The end of Tom Swift episode 2 included a couple of quick scenes, but the most disturbing to me was Zenzi getting a hand-delivered invitation to a meal at Congressman Nathan Eskol’s estate. Knowing his links to The Road Back, I am not excited to see her at risk in his presence. Hopefully she won’t go alone or anything, but only Tom Swift season 1, episode 3 can show how this pans out.

Ultimately, I’m enjoying Tom Swift, more for the interpersonal relationships and the humor than the science fiction-y parts, but I’m hoping this is just the beginning for this newbie show. The rest of season 1 has the potential to open up a lot of interesting stories, and I can’t wait to see what each episode has in store for us.